Destillat: An image is an idea

The photographic medium has been changing at an unprecedented pace in the last decades. As Robert Shore mentioned in the book “ Post-Photography”, being at the right place at the right time, in the tradition of Cartier-Bresson’s decisive moment, is no longer the challenge, a picture is just a platform, the starting point (or end point) of a lengthy process, taking photography to places it has never been before.

We have to learn how to look at photographs as social and cultural representation of how we see and think “photographically”, through what we capture through lenses and what we see on the screens. An Image is an idea and in an infinite production-exhibition- documentation loop, we sought to ask the place of art in photography.

The rise of technical images signify a new relationship with visible.  Technical images generally aim to represent the world, but in fact they hide their real dimensions, which is none other than that of being an image. Digitalization creates the illusion that there is no longer any difference between original and copy, but we forget the face that there is no copy without an original.

The choosing “Magic” as the overall term to define one of the proposal, sounds, mind like a foolish idea. Important elements of “Magic” perhaps to other word in such evocative form. Magic is a silent shadow of the cultural form, philosophy and own understanding.

The magic happens when an artist creation uses technology in a way that it removes tech from tech. The relationship between art und magic is a relationship of complete opposites. Magie bring back some of the strangeness and mystery chaotic potential, that the culture has lost along the time. Mysticism is upon us: it begins simultaneously from culture and science.

The system of the world is the beginning of the phantasmagoria of the epoch, imagination, culture and traditions. The results was phantasmagoric, understood ecologically or topographically rather than as something spectral.

We  can understand  the magic of reality, on the basis of our definition of our mind, which is opened and framed by the existence and  the essence.

As scholars, historians, and archaeologists continue to discover, explore, and expand access to tangible and intangible cultural heritage, more and more problems arise that permeate conservation efforts.
Preservation of cultural heritage is not one of the topics that received much attention in the past century. However, the goal is to isolate and expand conservation research.

Zitat: The Other Nefertiti

This artistic intervention “The Other Nefertiti” talks about decolonizing our minds, democratization of culture and about activating artifacts. We strived to make this cultural object publicly accessible and to promote a contemporary and critical approach on how the so-called “Global North“ deals with heritage and the representation of “the Other.” We should tell stories of entanglement and deconstruct. Nefertiti is a great case to start with to tell stories to differ of the dominant narrative and to see how they intertwine.

With the data leak as a part of this counter narrative we want to activate the artefact, to inspire a critical re-assessent of today’s conditions and to overcome the colonial notion of possession in Germany.

“…bell hooks uses there two concepts of “subject” and “object”, arguing that subjects are those who alone “have the right to define their own reality, establish their own identities, name their history.”

“I am not the “Other” but the self, not the object, but the subject, I am the describer of my own history, and not the described. Writing therefore emerges as a political act.”

‘In the show, Rezaire draws parallels between the layout of submarine optic cables (the very architecture of the Internet) and colonial trade routes to point to the powerful symbolism underpinning ‘electronic colonialism’ whereby the Internet has literally been built on routes of Black pain’.

“FREE CULTURE REQUIRES A FREE SOCIETY: COPYFARLEFT
Despite copyleft’s beneficial role in forming a valuable common stock of software, it remains problematic when the model is retrofitted back to the domains of art and culture from which dissent against intellectual property sprung. Cultural works, unlike software, are a consumer good, not a tool for use in production, or a producer’s good. […] Failure to understand the difference between capital demand and consumer demand propagates the myth that the success of free software can be a template for free culture. Under capitalism, only capital can be free. That’s why software can be free, but culture cannot be free without more fundamental shifts in society.
Art is not, in most cases, a common input to production as software is. Thus, the demand for itis consumer demand, not capital demand. […] Capitalist publishing firms and entertainment industry giants will support the creation of copyleft software in order to employ it in production. However, in most cases, they will not support the creation of copyleft art. Why would they, as art is a consumer good, and the industry is not in the business of giving away consumer goods for free. They are in the business, however, of earning profits by controlling the distribution of consumer goods. […]
In order for copyleft to mutate into a revolutionary instrument in the domain of cultural production, it must become ‘copy-far-left’. It must insist on workers’ ownership of the means of production. The works themselves must be a part of the common stock, and available for productive use by other commons-based producers. So long as authors reserve the right to make money with their works, and prevent other commons-based producers from doing so, their work cannot be considered to be in the commons at all and remains a private work. A copyfarleft license must not restrict commercial usage, but rather usage that is not based in the commons.”

DEEP DOWN TIDAL from TABITA REZAIRE on Vimeo.

“Electronic Colonialism is a domination and control of electronic technologies by the west to maintain and expand the hegemonic power over the rest of the world..” 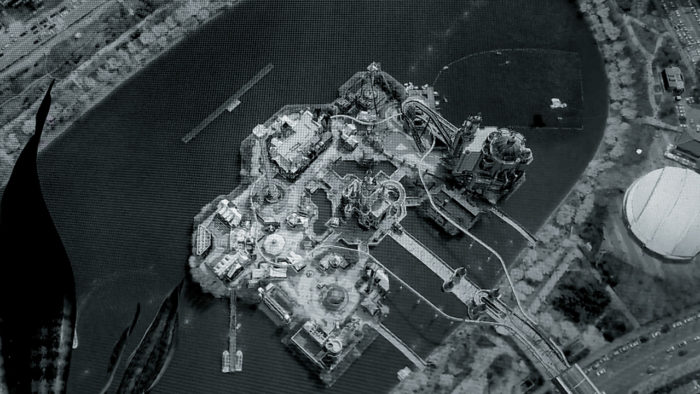 Which word state is more accurate than virtual world? Using the word virtual world has already become too inaccurate to describe the distance or difference between online and offline pictured.

„In a period of barely twenty years, digital techniques have left the research laboratories and integrated with established means of production and exhibition. With the emergence of the computer, entirely new ways of making images, together with
ways of assisting and augmenting established methods and techniques have
become commonplace within contemporary forms of visual cultural production.“

“Clearly a new aesthetic space has opened up within contemporary culture, one which owes its existence to digital technology. It is important to stress, however, that this debt is by no means absolute. The computer is vital to understanding the make-up of the forms whose development we have just sketched, yet it is not the only agency explaining what they are and how they have come to be that way. The computer has not shaped the aesthetic character of these forms all by itself, as – taken on its own – an account such as the one above
might be mistaken for suggesting.”